Surfboards have a long and colorful history. Their roots can be traced back to the Polynesian Islands in the 6th century. Surfing as we know it – standing on the board – migrated to the Hawaiian Islands where it became very popular during the mid 18th century. It was originally a sport reserved for royalty. The boards were made out of solid would and could be more than 150 pounds – granulated coral was used as sand paper and glossy nut oil was used to waterproof the wood boards.

Surfing was introduced to the United States in 1865 when two Hawaiian Princes came to study in the United States. It’s safe to say that the waves in Southern California were a little less crowded back then. A similar story can be found around the introduction of the surfboard to the United Kingdom in 1890 by two Hawaiian Princes. The surfboard really took root in Australia, when Duke Kahanamoku, the Hawaiian born Olympian, demonstrated the sport on one of his visits in the early 1900’s. From this point on there was no turning back and the surfboard continued to gain in popularity around the globe.

As the sport gained in popularity the surfboard began to evolve in form and function as well. It evolved from a solid 10-foot long redwood plank, which acted like a sponge when in the water for extended periods (1920’s); to a hollow core board that was both lighter and longer (up to 16 feet long) still made out of wood. These latter boards were called a “Cigar Box”. The first hollow core wood surfboard was created by Tom Blake in 1926.

In 1935 Tom Blake added a fixed fin to the back of the surfboard – considered by some as the most influential innovation in surfboard history – this enabled surfers to have much greater control over previous fin-less surfboards, increasing stability and maneuvering.

The next revolution in surfboard construction was the introduction of balsa wood as a material for surfboards. Balsa wood is a hardwood that grows naturally in places like South America. Its water content can be as much as 90%, and when cured correctly, is strong, light, and easily shaped. The balsa wood surfboard dominated the surf industry in the 1940’s and late into the 1950’s.

Southern California has always been one of the important focal points for surfing (along with Hawaii and Australia) and it is also an important center for the aerospace industry. As Engineers, that were also surfers, experimented with new materials, the polyurethane foam board (covered with fiberglass) emerged as the dominant design in the industry. Hobie Alter (Hobie Surfboards) was one of the original innovators who drove the transition in surfboard design from balsa wood to foam. The advantage of foam was that it removed excess weight and allowed shapers to produce boards that were shorter in length and easier to turn. This was ideal for doing turns and tricks on even smaller waves. It also aided the industry by making surfboards easier to shape, and in turn faster to produce and market.

During the 1960’s the design of surfboards continued to evolve to meet the increasing demand for performance, speed, and big wave surfing. Although wood surfboards were still in the market, and were in demand, wood languished in popularity and was mostly supplanted by foam and fiberglass surfboards. The “short” board became more popular in this period hovering around the 6-foot mark. The shorter surfboard of the 1960’s was faster and allowed for far more radical surfing maneuvers.

One of the more creative innovations to emerge out of the 1960’s short board revolution was the fish surfboard – although the popularity of the fish surfboard design did not takeoff more broadly until the 1990’s. The fish surfboard was originally based off the design of a body board and created in 1967 by Steve Lis in San Diego, California.

Improvements made to the surfboard during the 1970’s were few, with the exception of general experimentation related to rail curve, bottom contour, and the shape of the nose and tail.

Another achievement was the introduction of tri fins which were two attachable “stick on” fins made of plastic that could be mounted in various positions outside of the original center fin that was permanently glassed on. This was a nice addition for several reasons; first it added greater stability to the rear of the board by enabling greater rail control in the water, and second gave the rider the chance to experiment with different fin arrangements without building a whole new surfboard. The fins were also easily replaced if they broke or fell off, and economically, the surfer didn’t have to buy more than one board.

The early eighties were also a quiet time in surfboard design, although near the end of the decade, shaper’s designs started to focus on certain areas of the board individually. In the meantime, the long board was entering a revival phase, which expanded into the 1990’s where it remains influential to the board design industry today. In fact, nearly half of today’s surfing population rides the same style of long board as the boards designed almost fifty years ago.

During the 1990’s shapers could mass-produce even lighter and thinner surfboards with the help of computer technology, allowing for far more radical movements on the waves. Another achievement of the 1990′s were the fish surfboards which featured a wider outline for extra stability and a v-shape cut out of the tail, allowing for more movement. Surfboards with 4 fins, known as quads, also hit the market with surfers having a wider range of shapes and templates for every type of surf condition.

Beyond the continued experimentation with higher tech materials, such as what Lib Tech is doing with a basalt honeycomb construction, some of the dominant trends in surfboard design over the past decade or more have been experimentation with moving the wide point forward, adding more volume to the surfboard, as well as a flattening of the nose rocker. These trends have worked to reduce the overall length of surfboards while making it easier for the average surfer to ride a shorter board. Many surfers find that having a surfboard with more volume and a wider nose profile can help with paddling, getting into the wave earlier and overall deliver more enjoyment and a higher wave count. Lost surfboards has been one of the leaders in creating user friendly boards that the average surfer can rip on, starting with the iconic Round Nose Fish back in the 1990’s.

While the larger surf brands have moved to using automated tools to build boards in countries with access to cheaper manufacturing such as China and Thailand, a great deal of surfboard production is still performed as a cottage industry by local shapers who experiment with different shapes and materials.

A more recent example of innovation beyond the board shape is from Hydroflex Surfboards who created the Supercharger, an air bladder that lets the surfer fine tune the stiffness of the board to their preference. This allows for more control over the ride and avoids having to have multiple boards for multiple conditions. Market interest has also grown rapidly for stand-up paddle boards. These boards are generally slightly larger than a typical longboard surfboard (with the exception of some super high performance stand-up boards for ocean surf) and allow the rider to paddle in any body of water without the need for waves.

Finally, the industry has also embraced additional concern for the environment. In fact, the Surf Industry Manufacturers Association (SIMA) officially endorsed the ECOBOARD Project in February 2013 to promote sustainable surf products. This has also led to a renewed interest in wood offerings such as Balsa, Pacific Albus, and Paulownia surfboards (among others) that are manufactured using sustainable materials.

Hand-crafted balsa wood longboard. Yana Surf and Maya Gabeira collaborated on a limited edition balsa wood single fin malibu longboard. A portion of the profits from the sale of each board will be donated to Oceana to keep our oceans and beaches clean and safe. Contact Yana Surf if you are interested in one of these beautiful wood surfboards. 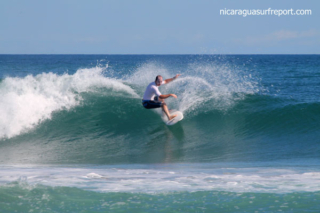 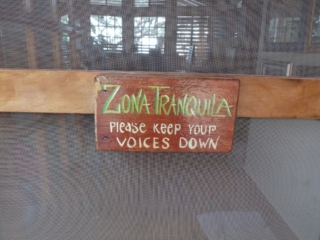 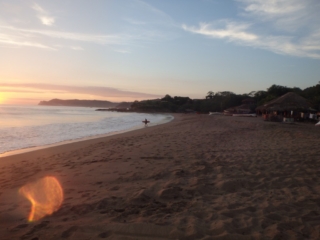 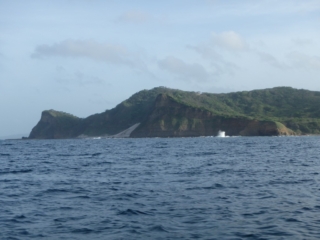 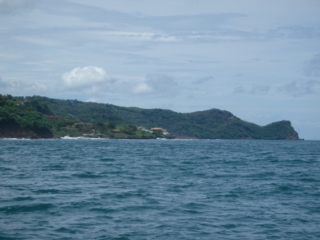 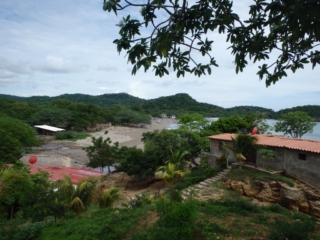 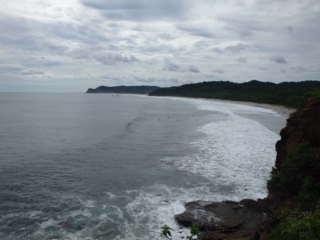 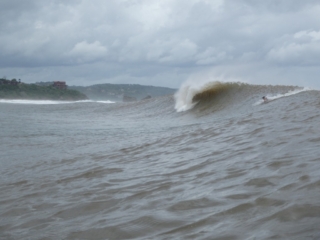